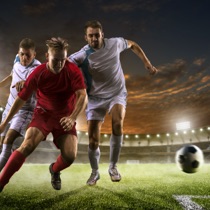 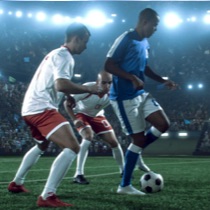 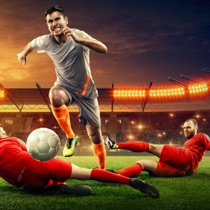 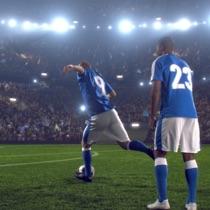 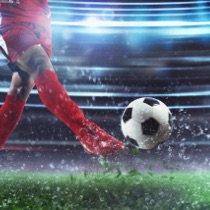 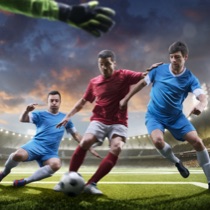 The most important part of a coaching toolbox is the drills that make up your sessions. Cupello coaches create drills for use with teams, groups of players or individuals that make sure the player and his/her team are developing to be the best they can be.

All the drills focus on a coaching point from core skills to tactical prowess. Cupello drills explain what to look for from your coaching points during the drill and afterward when playing a game. You know you'll be giving your players the key elements of playing soccer.

Our soccer drills are sorted by the topic, like soccer Passing drills, and then by the focus of the drill, like Overloads making it easy to find exactly what you are looking for.

Do your players know they ALL become defenders when the opposition has the ball?

At training or on match days bring spare bottles of water for your players who always forget - not just when it's hot!

On match days have a plan ready so you know when you are going to name your team and what formation they will play.

The half time team talk is important - don't overload players with too much information. You can think about what you will say during the first half – "Shoot whenever you get the chance".

Turn up to matches with balls, bibs, cones, referee fees and prepare a drill to warm up with when you get there.

This 7v7 to 9v9 transition drill is all about switching play from one side to th...

This drill is a simple passing game with players working on passing and receivin...

Recognising when to press as a team and keeping good distances out of possession...

For a team to be successful, they must be able to support each other, covering f...

This is a possession game where the overload team try to keep the ball for as lo...

Defending technique and understanding is vital in the game, watch your players c...

Beat Opponent to Shoot at Goal

Players need to be prepared for all variations of match ups, and attackers need ...

7v7+1 play through the thirds

This is a small-sided game focused on moving the ball through the thirds with th...

Play through the zones

In this drill coaches can get their players making decisions on when to pass and...

Get players supporting defence as well as attack by creating overloads and using...

Creating A Robust Back Three

An organised back three can become a solid defensive unit, keeping strikers and ...

Players need to be able to support one another in a variety of ways, get your sq...

Putting the players in situations where they must deal with different types of c...

Playing as part of a midfield or attacking three is key to creating lots of goal...

This small-side game helps you to improve the vision and awareness of your playe...

In possession individuals in a team must try to keep their heads up and spot hol...

A fun competitive game which will give players the opportunity to finish from di...

When you want to show your players all about expanding the pitch in attack and m...

Keeping possession of the ball in tight areas like the penalty area is key to cr...

Pass From The Back

Teams that pass out from the back need to spread out and make the pitch as big a...

Maximise the overload and play quickly. This is all about defenders breaking out...

Playing out from the back into midfield means players must be available to recei...

When you watch the best teams play they always have a player who controls the ga...

Being compact and stopping the opposition from playing forward will stop goal sc...

Press From the Front

In threes attackers can work together to win the ball back high up the pitch and...

With four passes as the key to moving the ball up the pitch your players will le...

How do I get my players to use overlapping runs?

This is about player communication and reaction to that. The problem is that the overlapping support player will be coming from behind so it is not always easy to react in that situation when a pass elsewhere has already been chosen.

First of all the support player, who has either made the first pass then made the overlapping run or has overlapped as an attacking option, should be communicating that he/she is making the run. A call of 'HOLD' would indicate to the player that an overlap is coming or 'DAISY'S OUTSIDE' would let the player know where the support is.

Now we are relying on the player in possession to make a pass into the run of the overlapping player or if the defending team has reacted to the move, there will be space in the center where the defenders have moved from. Now the player on the ball either uses the overlap as a decoy or passes down the line.

Great for teams that play out from the back.

How can I get my players to recognise and use space on the pitch?

Getting player to recognise where space is and where players are moving – team mates and the opposition – is all about players scanning before they receive or before they pass the ball. Youth players can sometimes lose the ball because they see space and move into it only to lose the ball to a player who has come from behind.

A quick look up and shoulder check before receiving the ball helps identify any possible dangers to moving into the space.

Small-sided games are ideal for this as there is a lot of passing and receiving where body position to receive and to scan the pitch becomes key to success. Play at a high tempo so they are having to scan the pitch without time to think about what they are doing.

How do players make a decision whether to pass or dribble?

This is a player decision. For players to make the right one, it is down to lots of practice making it instinct for players to recognise the trigger signs that sends a message to their brain telling them there is space to dribble into or that there is a player in a better position on the other side of the pitch. Switching play or surging into the available space. For players to make the right decisions they need repetition at training so that means chosing drills that repeat the message over and over again.

Get FREE expert Drills and Sessions straight to your mailbox.