Why Fitness Is Important for Female Players 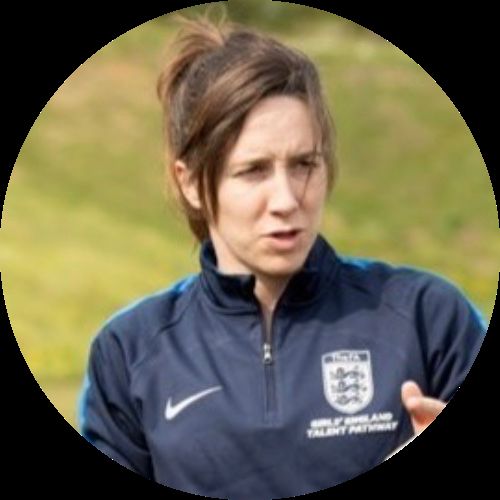 The first in a series looking at why high levels of physical fitness are extremely important for the female soccer player. A strong physical profile enhances training and match performance, reduces injury risk and enhances well-being.

Over recent years there has been an increase in the professionalism and popularity of female sports, and in particular, women’s soccer. This has led to increases in resource and investment within the game and, consequently, expectations, playing standards and the physical requirements to meet this improved playing level, are rising.

The increased professionalism of the women’s game has resulted in heightened physical demands in matches. Elite female footballers cover distances of ~ 10km+, reach running speeds of >18 km·hr-1 and perform a very high number of sprints at high speed across multiple distances, and on average for ~15m in distance, with around 430 (±125) decelerations performed per match; all of this requires a huge physical profile to be able to meet these demands every game (Datson et al., 2014, Vescovi, 2012).

The most common action performed before a goal is scored is a maximal effort sprint, reinforcing the importance of physical fitness, and in this instance, specifically, speed in soccer. Additionally, explosive actions are most likely to define the overall outcome of a game, namely, sprinting, jumping and changing direction are key physical factors that influence match results most often (Mohr et al., 2003).

Additionally, when considering international football, a player must be able to cope with the demands of a whole tournament, not just a one-off match. This poses additional demands on the physical capability of the player, and in particular, their ability to perform multiple high intensity actions repeatedly in a match, recover and repeat this performance again, and again with minimal days to recover.

In addition, as a tournament progresses, the challenge becomes greater – fatigue is more likely to be accumulating within the player due to the volume of training/matches, and importantly, the difficulty of opposition and, therefore, the intensity of the match, is likely to increase as the tournament progresses.

The consideration of extra-time in the knockout stages adds another challenge to consider. In summary, there are large physical demands required to perform to a high level in club football and there are additional demands when competing at international level.

In addition to the importance of physical fitness for match performance and tournament football, high levels of physical capability reduce injury risk. This is particularly important in females when compared to male players, with females having an increased injury risk from the period of adolescence onwards than males do (Shea et al., 2004).

Anterior Cruciate Ligament (ACL) injuries are often career-ending injuries, and from the pubertal period, females are 4-6 times more likely to sustain an ACL injury than males. Fitter athletes have also been shown to recover more quickly in between matches and training sessions, enhancing performance, and reducing injury risk in subsequent matches.

The development of a broad range of athletic skills during childhood and adolescence is considered important to underpin the capacity to perform as an elite, senior soccer player. Commonly known as long-term athletic development, emphasising the holistic development of individuals is thought to improve the potential for future athletic success (Bompa, 2000; Lloyd and Oliver, 2012).

In addition, developing athletic skills whilst young increases the intrinsic motivation to exercise, develops positive activity behaviours (Wang and Biddle, 2007) and enhances individual well-being (Ryan and Deci, 2000). Creating a base of athletic capabilities whilst young, therefore, is important for both elite sporting success and general health and well-being.

In summary, high levels of physical fitness are extremely important for the female footballer. A strong physical profile enhances training and match performance, reduces injury risk and enhances general well-being. Subsequent articles will focus on the specifics of how female footballers, both youth and senior, can be trained to improve their physical capabilities.

It’s important that we connect our training sessions to matchday and do not se...

It’s summer and many teams and organisations will be looking to recruit player...

Goal setting is a powerful tool for enhancing performance both in individuals an...