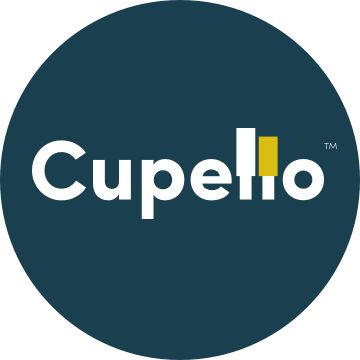 Playing out from the back into midfield means players must be available to receive a pass. Players should be passing forward and moving to support the pass. Forwards should lose their marker with a change of direction or by moving away and returning

You want to see your forwards bringing the midfielders into the game with supporting runs, movement to lose their markers.

Teams need to be able to build up play from the back and play good passes into the attacking players.

Using half your normal pitch play through a number of attacking situations where the ball is passed forwards and players move to support the pass in each instance.

Start with the fullback A passing wide to player B who passes inside as player A moves into the attacking position to receive from player C and cross into the box.

In part two the move starts the same but player B now receives the ball back from player C and the move goes to the other wide player F.

You can come up with other combinations once you have played the move on both sides of the pitch. 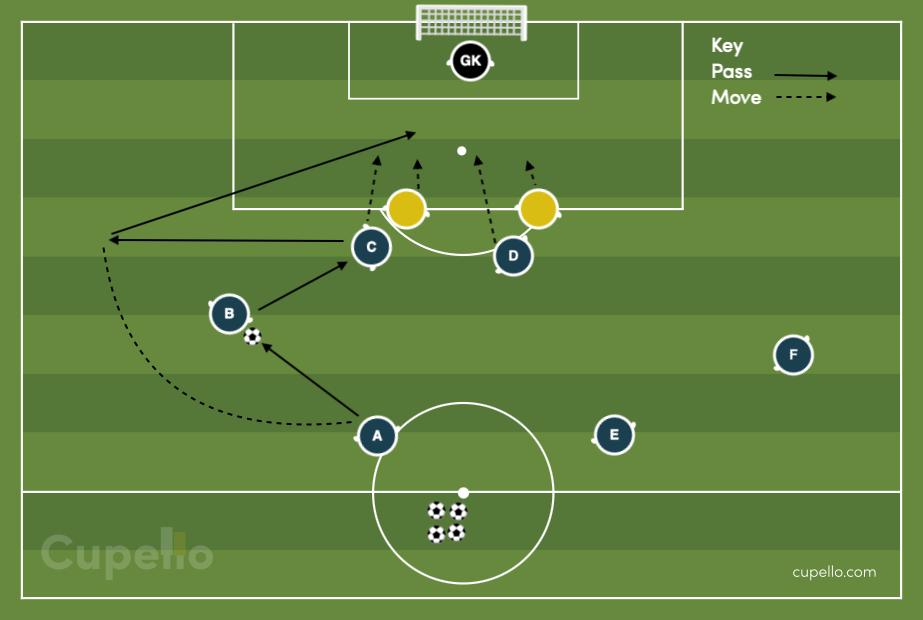 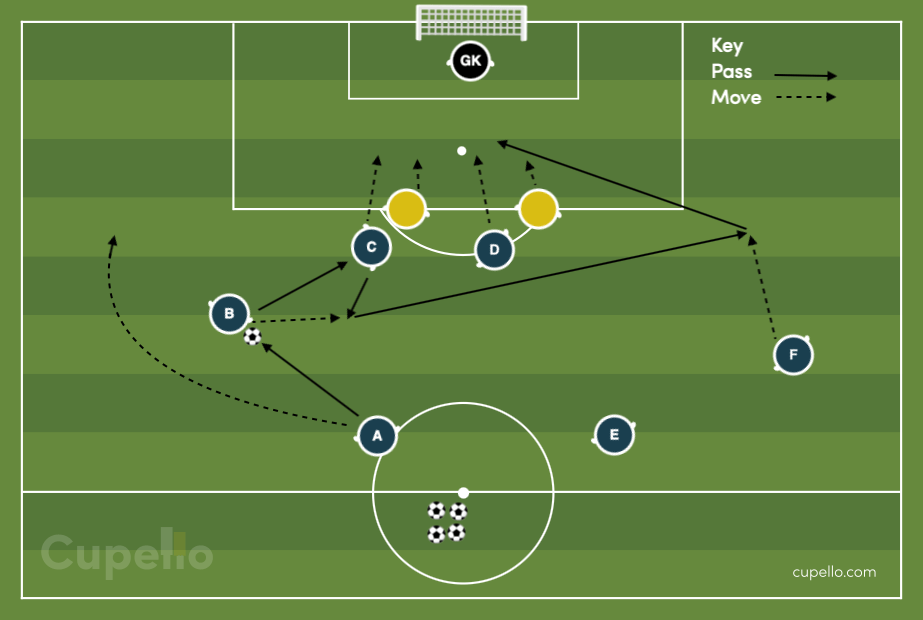 It is important to make sure when the players are attacking their body is positioned so they are balanced and facing the goal ready to receive and when shooting the supporting foot should be next to the ball and players should not be leaning back when they shoot.

Try to play one touch but when a bad pass is made players can us an extra touch or control with the help of the other foot. The speed of pass will effect the receiving of the ball, too hard and it will be harder to control with one pass, too soft and the drill will be too slow.

If the speed of the ball is wrong the chances of losing the ball are much greater and so this is one of the key elements to the drill, making sure the ball is moving at a good pace. Make sure the passes are not in the air as this will make it harder to control

Try not to correct the players during play as this again slows play down and does not allow for self correction. It is important that you correct any problems during a break

You can slow the pace of the drill down if the players are struggling. Add defenders to make the drill harder

Rethinking soccer coaching via our industry-leading tools and original content.

Being able to read the game and know what to do when you receive the ball requir...

Playing with a lone striker can sometimes be an advantage and if teams can get t...

This drill gives different angles of pass so that as the outside players move be...