Press From the Front

Working in threes it is all about keeping shape in the press and reacting to the passing and movement of the opposition.

Players work in three teams of 3 with one team defending and two teams attacking.

Work with one team of three on the halfway line and the other two teams working from the two goals. The keeper passes to the team of three and they must make three passes then pass to the team at the opposite end. The defending team tries to win the ball, if a pass is made they go to the opposite end and try to win the ball there. IF the defending team wins the ball they attack the nearest goal and if they score they then attack the goal at the other end. 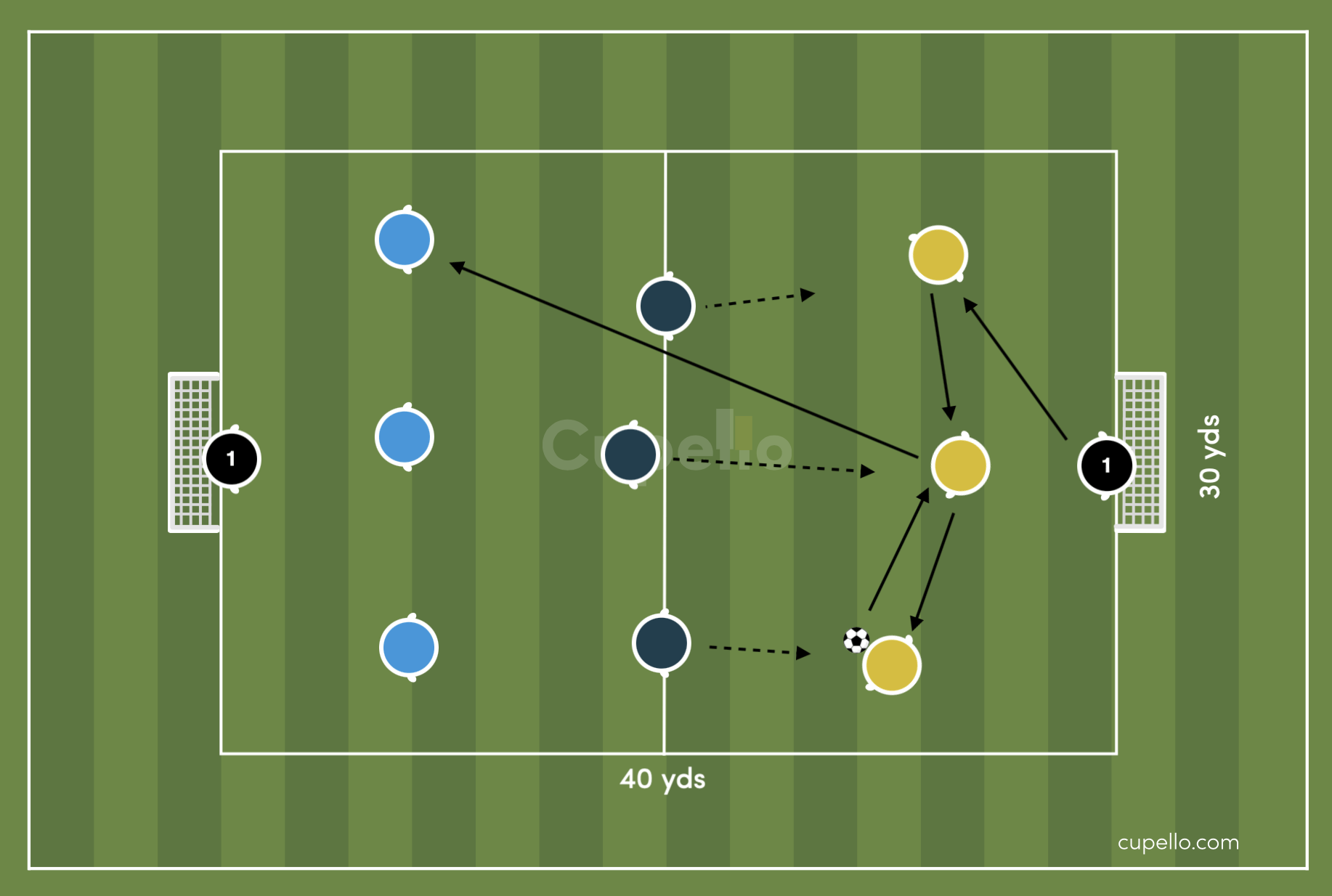 It is important to make sure when the players are attacking their body is positioned so they are balanced and facing the goal ready to receive and when shooting the supporting foot should be next to the ball and players should not be leaning back when they shoot.

Try to move the ball quickly, using a maximum of one or two touches.

Try to get players to use one touch passing and only to depend on a second touch when they have to control a poor pass.

When we make the pass between the lines to the attackers it should be a firm pass.

Players should learn when to control the ball and slow the play down and when to play one-touch to speed the play up.

Timing of the pass is key to how the player receives the ball whether a through ball for the player to run on to or a switch of play.

Speed of play is important for receiving and passing. Good passing helps players to control the ball and make decisions easier.

Make the attacking team one or two touch or if the defending team keeps winning the ball lock one defender to the halfway line in a pass blocking role.

Fast breaks from defence to attack in this drill gets players to react to the tr...

Create Space on the Pitch

This drill focuses on creating space so players can receive the ball or support ...

This session gives your players the ability to keep the ball when under pressure...