When you watch the best teams play they always have a player who controls the game in midfield with passing and support play. This helps teams to set up goals from midfield with attacks into the space behind defences. Good combination play is key.

Players work on passing and running off the ball to receive a return pass which works on first touch, passing, receiving and support play.

It also needs good combination play that results in creating a goal scoring chance and gets your players taking shots at goal.

Players start with 3 at each end and two working players who stay in the middle.The players at the ends take turns to use combination play with the two central players to create a goal scoring opportunity.

The first player at one end plays to one of the central players, receives the return pass then pass to the other player and plays a one two there also before passing to the player on the other side.

Now the receiving player goes the other way.

To progress increase the size of the area and add goals at each end. Place three mannequins in the middle of the area. Player A starts with the ball and passes to player B who must decide which pair of mannequins to run through after passing to player C. Player C now plays a pass for player B to run on to

Once received player Bcan either pass wide to A or C or shoot at goal. Play then goes the other way with the three players at that end. 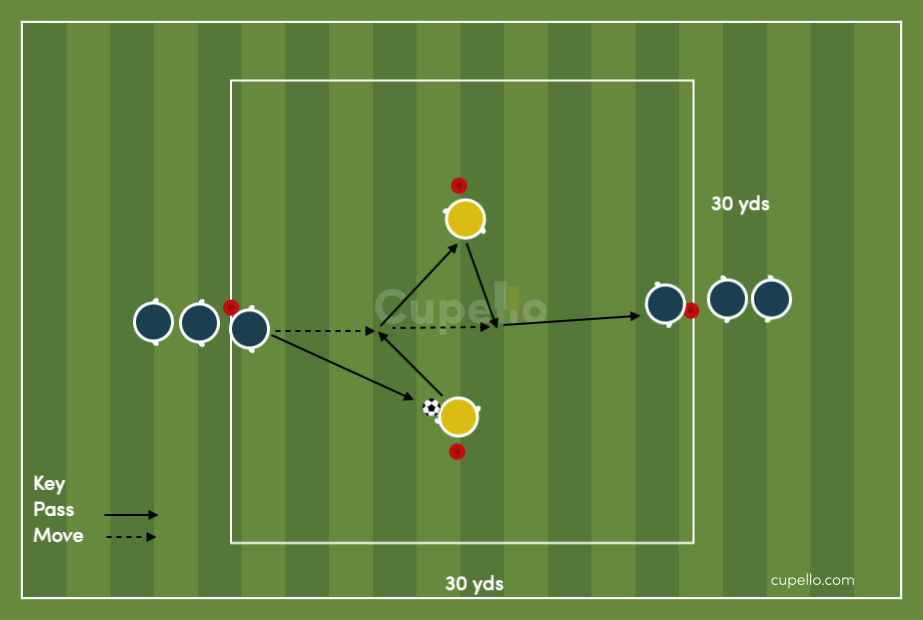 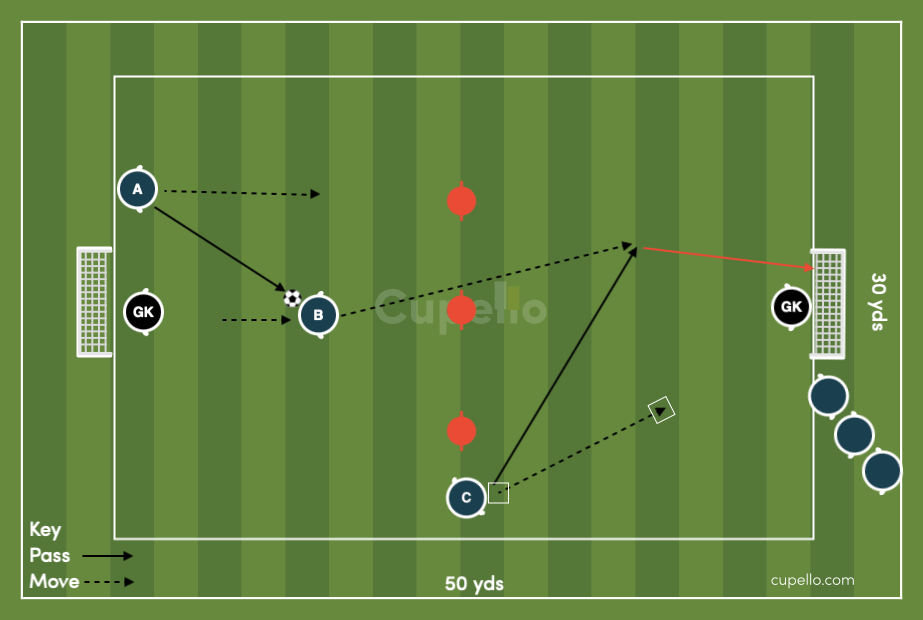 Players need to be controlling the ball with one touch then making an accurate pass with the other foot. The most accurate pass will be with the side foot after making the turn from a good first touch.

Pay attention to the passes and the speed which the ball circulates at. Never lose control over the speed of the ball, speed up or slow down the ball’s speed.

The coach can speed up or slow down play so the players are able to understand where and when to pass and the decisions they need to make.

Being compact and stopping the opposition from playing forward will stop goal sc...

Being able to read the game and know what to do when you receive the ball requir...

Win on both pitches to score

It’s important we design sessions that allow players to connect socially and d...